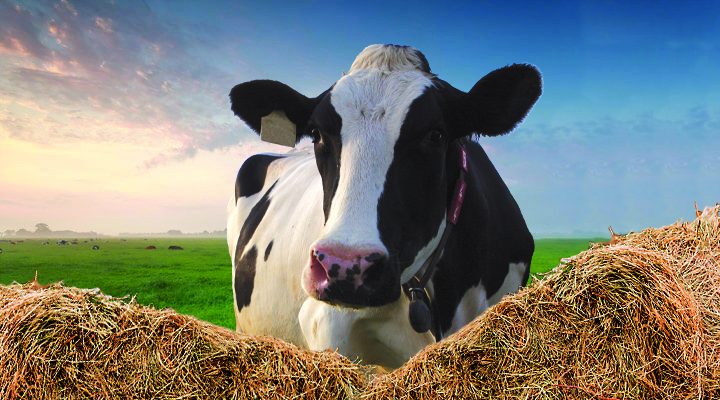 Added as a way to prevent DAs and milk fever, straw in dry cow rations is up for review as new information comes forth: understanding rumen function and its relationship with microbiology allows for an advanced view. The addition of straw fails to address post-fresh cows and the lingering metabolic challenges producers face from improved forage quality.

Forage quality has dramatically increased the past 20 years and post-fresh metabolic issues have followed. Data from the World Forage Analysis Superbowl over the last 23 years shows ADF levels have dropped 40% and milk pounds per ton have increased by 108% in alfalfa hay. Quality increases have also been seen in corn silage with a respective 16% drop in ADF and 52% increase in milk pounds per ton over the past 20 years. These significant increases have substantially elevated the amount of fermentable fiber per pound and the rate of fermentation. This is referred to as increasing energy density per pound. Recognizing fermentable fiber is a carbohydrate, so is corn.

The increase in energy density brought on the use of straw in dry cow rations as a way to ward off DAs, essentially filling the rumen (rumen fill) with indigestible fiber that takes up space for days at a time. A dry cow consumes around 28 pounds of dry matter, far less than a high producing milk cow. The day of calving a dry cow’s consumption drops by 50-75% as she goes through the birthing process. Once the calf is born, more space is available for rumen fill, along with the cow has not eaten during the calving period. The cow’s intake is driven by hunger and available space. In fact, this intake may be as much as 50 pounds of dry matter in one eating period and from completely different forages. The microbiome shift from a dry to milk cow ration takes 7-10 days, or more, with a ration change this dramatic.

The goal of feeding straw in a dry and close-up ration was to create rumen fill with indigestible material, something the cow cannot use, as a way of preventing DAs. But straw may take days and even weeks to pass through post calving, with no nutrient value to the cow, taking up space for energy badly needed post calving. Straw rations are an expensive pass-through, as straw takes up valuable space from usable nutrients. Straw is a pass-through increasing the cow’s risk of ketosis, slow to come into milk, rapid loss of body condition, and little or poor colostrum.

The new way of thinking is keeping the dry cow ration forages similar in digestibility to the milk cow ration: Using microbiology nutrition as a way to keep the rumen pH and microbiome consistent.  Without the volleying of the microbiome and digestive shift, the cow can continue to eat and perform minimizing the risk of metabolic issues. At calving when the demand for energy is at its greatest, the rumen is ready for an energy dense ration preserving body condition and meeting energy demands post calving. In addition, the use of ammonium chlorides and magnesium sulfates to counter levels of potassium allow for this approach to prevent milk fever.

The idea of slowing down fresh cows is old thinking and costly. The new is the use of microbiology nutrition.

“We have them on the P-One™ diet, starting them a couple of weeks before they freshen, and it has almost eliminated any off feed issues in our fresh cows. We rarely have a DA…I really believe keeping them eating with the P-One Program™ helps prevent ketosis and those kind of issues in fresh cows. Treating is labor intense. You don’t make any money treating cows, it’s just damage control,” states Eric Vander Kooy, Harmony Dairy (Priority Report - Volume 33: There’s got to be a better way…)

“I was very hesitant because it was so much different (not feeding straw) than what anyone does and what we had been accustomed to. What we were doing before Priority wasn’t the same thinking…I’m not college educated and I’m not into the real fine details of digestion, but Priority’s approach certainly makes sense. I had to take a leap of faith,” shares Charlie Bean, Rolling Spring Farm. (Priority Report - Volume 39: Frustration to…Optimism!)

“You have to have an open mind with how you do things today. Working with Priority has definitely helped us progress in the right direction today. With Richard’s resume and what he accomplished at Clover-Mist, that’s huge…It all goes back to my meeting with Richard, when he explained the straw diet being nothing but a roadblock. After we changed the dry cow diet, it’s like the gates opened. We’ve been taught the wrong way forever, there is a better way! This is the better way and we’re going to do it,” reflects Jake Hein, Nor-J Farms.  (Priority Report - Volume 38: Fed up! We Went a Different Way)

“We don’t really have a lot of fresh cow problems and we credit that to quality feed and nutrition – P-One™ is part of the whole nutrition package here,” shares Dave Flannery, Roaring Creek Farm. (Priority Report Volume 31: With the first ingredient, cows are Roaring at 100lbs)

“We found out that it does what it’s supposed to do, cows freshen in and seem to want to eat better…A month or two in and I can see a definite change in the cows – Just the way they looked, the way they eat. They had a shine to them,” recalls Charlie Sachs, Towerview Dairy (Priority Report Volume 37: There Has to Be a Better Way!)

“I was worried because if the dry cow ration doesn’t work, everything after it doesn’t work right. But it worked. The explanation and then the results made sense. Ketosis dropped dramatically and we hardly have any metabolic issues – They are next to none,” says Jay Hein, Nor-J Farms. (Priority Report - Volume 38: Fed up! We Went a Different Way) 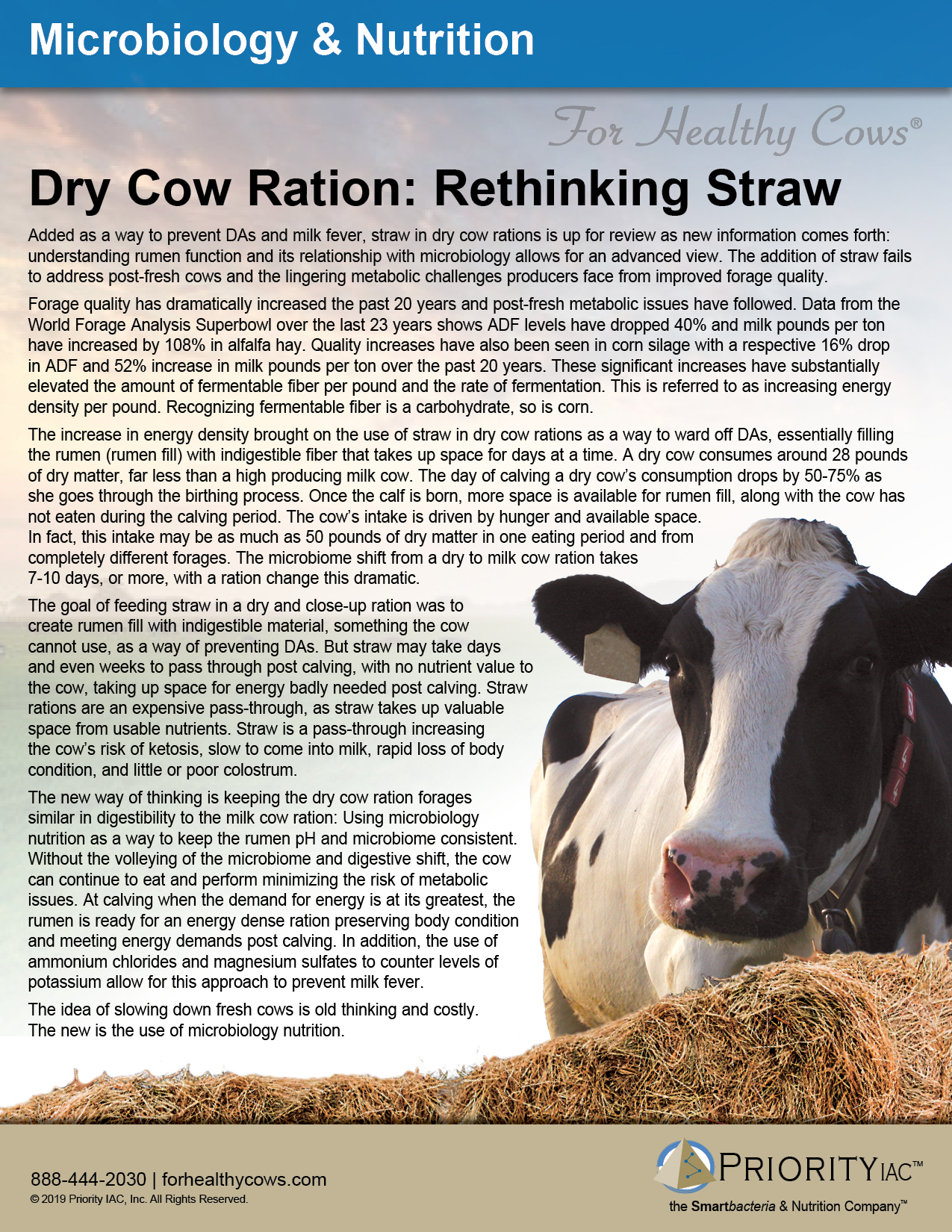