Connect to the Cows 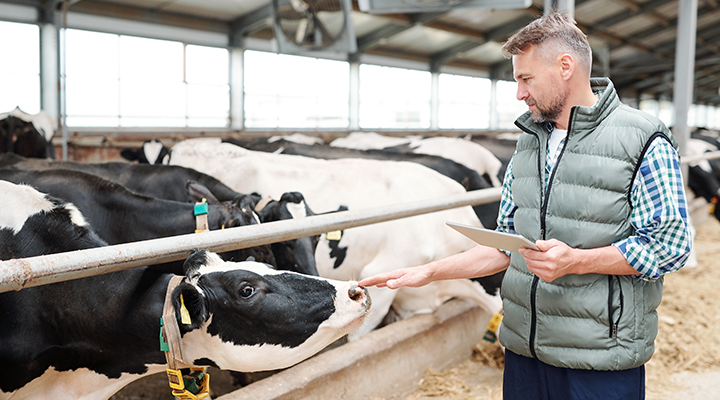 When experiencing a problem on the farm, it’s easy to search for the problem in the present; in some cases the cause of the problem is from the recent past and the issues it caused are just now being seen.

Cows off track, reproduction problems, and even late lactation performance can stem from months previous. One cannot put garbage into the ration and expect the herd to perform as molds, mycotoxins, dry matter changes, and not following the ration negatively impact the herd’s ability to perform.

Microbiology Nutrition teaches the cause and effect. As a connected producer, it’s important to keep notes on changes in feeds, quality of ingredients, and many other observations. Making notes helps connect the dots and allows you to more easily recall the recent past, or an issue that may occur every year; ideally even helping to prevent the issue in the future!

Moreover, it’s important to evaluate the dairy looking at both the fresh cows and the remaining herd as separate groups. With Microbiology Nutrition, the cows show what works:

“Cows cannot talk, but they can tell me everything…Let me tell you, the cows tell you what is expensive because if it doesn’t work it’s expensive. Priority is a cheap way to feed cows because it works,” shares Eduard Broeckx in Volume 50 Priority Report.

“I was a nervous wreck during feed changes – I was afraid they would go off during changes. Now, as long as I am adding the P-One™ I know I am adding the microbes the cow needs and she will stay on track – I don’t need to worry,” explains Noah Weaver in Volume 47 Priority Report. “Now I listen to my cows, not people. Cows speak the truth, people lie. I know some of these nutritionists don’t know better, it’s not what they are taught or open to.”

“The cows come in and they take off, it is rare that you get one that doesn’t. Definitely better than it was. When they come in, the fresh cows are on feed. They aren’t sluggish. They come into milk and don’t take long to produce. We don’t lose fresh cows anymore,” shares Lamar Horst in Priority Report Volume 46.