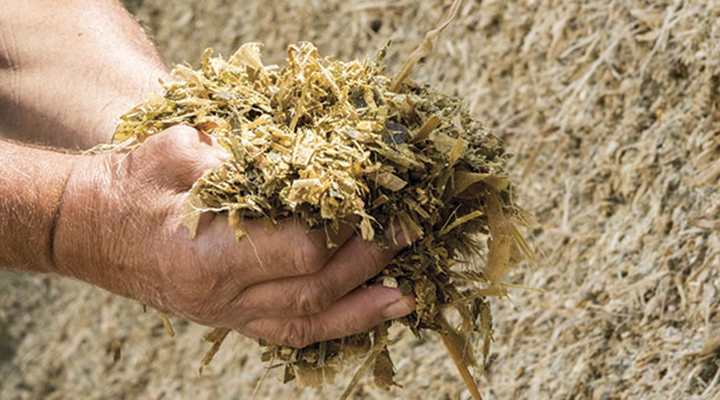 Making quality forages and feeds are a critical component to dairy success. Harvesting forages wetter and using an effective inoculant help to ensure efficient and proper fermentation, which reduces the risks of yeast, molds, and mycotoxins - Learn more about this in Harvest Forages Wetter and Inoculants = Feed Quality.

At harvest is the peak nutritive value of the crop, the best that feed is going to be. Producers are relying on successful storage and fermentation to preserve feeds and forages at the best level possible, but the increasing presences of yeast and molds are making that more problematic.

What happens when contamination in the harvest process occurs? What happens if disease is in the plants and/or seed? It’s not just about scraping off the mold, or roasting it to kill it off.

As Richard V. Breunig, President and Founder of Priority shares, “My experience from the field has shown me that plant stress and inefficient fermentation leads to the presence of yeasts and/or molds in feeds. The presence of wild yeast provides optimal conditions for mold to grow, but isn’t the only way mold growth occurs. Some of these molds make mycotoxins, which can derail a dairy as they negatively impact cow digestion and health.”

The world of microorganisms is full of bad actors and good ones. The good guys do very good things for the environment and body, while the bad ones can have some very negative consequences.

Inefficient fermentation with the presence of wild yeast typically only represses butterfat, but the toehold it gives mold growth is problematic.  As the molds eat and grow on the feed, once stressed from their environment they produce a metabolite called a mycotoxin. Mycotoxins are very disruptive to fermentation, can negatively affect reproduction, are even responsible for suppressing immunity, and cause cellular death. These undesirable effects are called mycotoxicosis and they affect many systems of the body as the exposure to mycotoxins can be through consumption, inhalation, and even topical.

As Richard shares, “Molds and mycotoxins are like the skunk and the spray. You see the skunk or the mold, but what you really need to avoid is their spray or the mycotoxin.”

Molds release their mycotoxins in response to stress, much like a skunk. This stress can occur from the environment pre-harvest, during storage, transport, processing, and/or even at feeding. Additionally, plant stress from weather extremes, like floods and droughts, and even insect damage can also lead to mycotoxin production; though, healthier plants are less likely to be afflicted.

Over the span of five years, covering between 2013 & 2017, a study published in All About Feed found more than a 60% increase in feed samples with the presences of mycotoxins in agricultural commodities. This trend is also following suit in forages as well. For producers, it’s very expensive to test for mycotoxins, while collecting a yeast and mold count in forages is more cost effective. Further, the presence of the mycotoxins can be fleeting as they are difficult to diagnosis through tissue and much like the skunk spray will only be residual in certain areas.

There isn’t a safe level of molds and/or mycotoxins. Producing quality forages and feeds to focus on plant health and proper fermentation for forages ensures the best possible outcome for producers and cows.